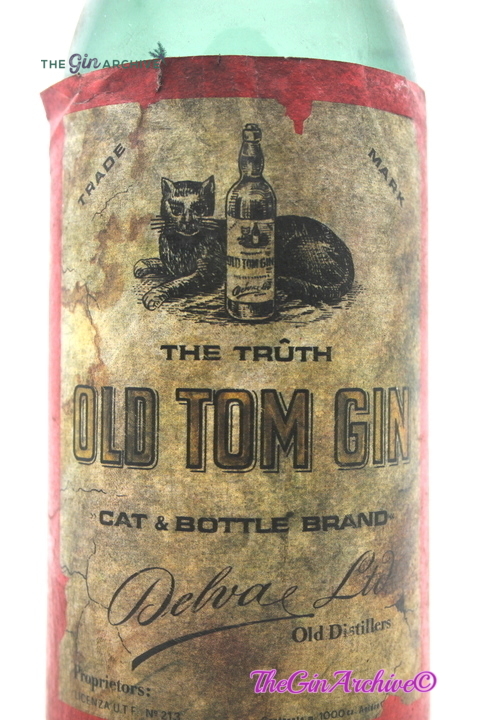 We all enjoy a good war story, don’t we? Especially if the legend recounts a little-known series of events which began during the early part of World War II and now, 65 years of so later, risks being lost in the shrouded mists of history. And even more especially if the legend has to do with the vaunted Afrika Korps of Field Marshal Erwin Rommel.

It seems that the Desert Fox and his elite Afrika Korps came across a vast wine and spirits cellar during one of their forays back and forth across North Africa. Perhaps the cellar was near Tripoli or Tobruk or even El Alamein. In any event, it included a million and a half liters of top quality Scotch whiskey, Jamaican rum, London gin and French cognac – all stored, so he story goes, in huge oak casks. This was a legitimate prize of war and the Afrika Korps promptly took advantage of the situation. The Field Marshal surely saw to it that every trooper of the Korps had the chance to wet his whistle a time or two with some of this superb liquor. Nevertheless, as soon as the opportunity presented itself, the remaining casks – still more than a million liters worth – were sent back to Italy in the empty holds of Axis supply ships. There they were warehoused in the seaside village of Nettuno, close by th Anzio beach resort area.

And so the situation remained for many months. Meanwhile, on 22 Jan 44, the United States VI Corps of Fifth Army assaulted the beach at Anzio, thereby gaining a firmer grip on its first foothold in continental Europe. As campaign reports on both sides so graphically tell us, it was very tough going. Finally, though, Allied forces prevailed and the breakout from the Anzio beachhead began, followed shortly by the race for Rome.

One of the early objectives in the breakout operation was the village of Nettuno.

Imagine the delight of those battle-toughened Allied tankers and riflemen when they discovered that their objective harbored an authentic war trophy amounting to some 250,000 gallons of best quality booze!

In due course the well know Delva Distillery was commissioned to bottle the liquor captured at Nettuno. Those were dark days for Italy and the Italians. There was a scarcity of everything, including bottles. The Delva Distillery solved that problem by providing the basic ingredients to locally available individual entrepreneurs in the glass trade. Within a few weeks a marvelous array of differently formed one-liter bottles was delivered. In that a liter is only slightly more in quantity than a US quart, this size selection was a happy one both for Delva and the US forces. Labels of extravagant format were printed by the Lit. P. Casseti Company of Rome.

Following the May 1945 final Allied victory in Europe, a major redeployment of American troops was undertaken to get started on the occupation task. Some upper echelon headquarters and some very senior American military personnel were transferred from Italy to occupation duty in Austria.

No one available on the scene in 1977 was sure how or why, but before the end of 1945 a train arrived at the Linz, Austria rail depot bearing all that was left of the original stock of Afrika Korps liquor. Freight handlers of the time recall unloading easily more than half a million liters. Probably under the watchful eye of a steely US MP sergeant and his helpers, all of the hundreds of thousands of bottles were carefully laid down, every layer insulated in a bed of straw, deep within the central city wine caves of Linz. From time to time selected quantities were withdrawn for use in official US Military Government entertainment. Other bottles probably went to supplement the meager stocks of the US Army Class VI Agency’s minuscule operation in support of US Forces Austria.

In 1947, for reasons known only to history, custody of the remaining several hundred thousand bottles in the city wine caves was transferred away from the Allied occupation forces. The Linz national customs office of the brand new post-war Austrian Republic became the new curator. Except for occasional losses to daring raids by Danube River pirates during the late 1940s and early 1950s, the remaining Afrika Korps liquor stock has slept peacefully ever since for all those years in the Linz city wine caves. Tests by officials of the Austrian Government in 1963 and again in 1974 established that all liquors of this stock which do not show evidence of leaking are fit for human consumption.

Then, early in 1976 senior business executives representing the legal owners of the remaining Afrika Korps liquor supply approached the US Army Europe Class VI Agency with a view toward selling certain quantities for resale by the Agency to its authorized customers. After careful evaluation of the Legend and examination of the stock at Linz by an Agency official, the proposal was discussed at a USAREUR Class VI Fund Council meeting. The decision was reached to purchase fro retail resale 18,000 one-liter bottles of French cognac and 18,000 one-liter bottles of Jamaican rum to be available within US Army Europe Class VI system during the Thanksgiving-Christmas-New Year holiday period. The suppliers have further agreed to make available, if a firm order is placed within six months, an additional 24,000 bottles each of Scotch whiskey, Jamaican rum, London gin and/or French cognac.

The above was copied from a small pamphlet that came with each bottle of Afrika Korps Liquor. It took some 30 years to be available for sale and has been another 30 years since that sale.

By continuing to use the site, you agree to the use of cookies. more information